Carmel-by-the-Sea is only one square mile yet it is surprisingly easy to get lost in our town, even though the streets are laid out as a grid. The reason? We don’t have traditional street addresses. Historically homes were given names such as “Owl House,” “Periwinkle,” or “Sea Urchin.” Many still retain those names has it was considered bad luck to change a home’s name even when ownership changed.

Clearly remembering the names of 4,000 houses doesn’t work today, so a system has developed of identifying a home based on the nearest intersection.

To understand how this works, it is important to know that in Carmel-by-the-Sea the named streets run north/south and the numbered avenues run east/west. There are a couple of exceptions (of course) but the most important exception is Ocean Avenue that runs east (from Highway 1) through the center of the commercial district down to Carmel Beach. 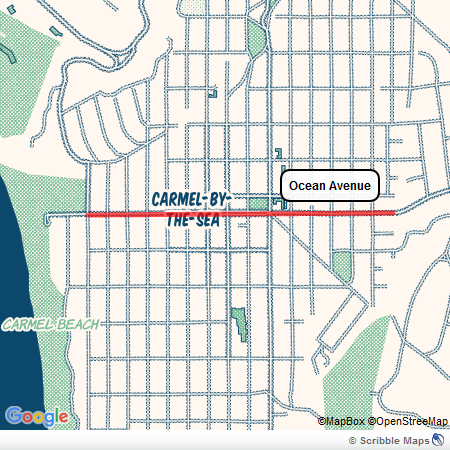 Ocean Avenue is an important landmark for locations in Carmel. You will often hear directions that reference Ocean Avenue such as, “my office is on Dolores South of Ocean Avenue just past 7th.” Ocean Ave is between and parallel to Sixth and Seventh Avenue.

Here is how to 'read' a Carmel-by-the-Sea address:

On a parcel map (below) you can see where 4SW Dolores and 10th is in fact located. 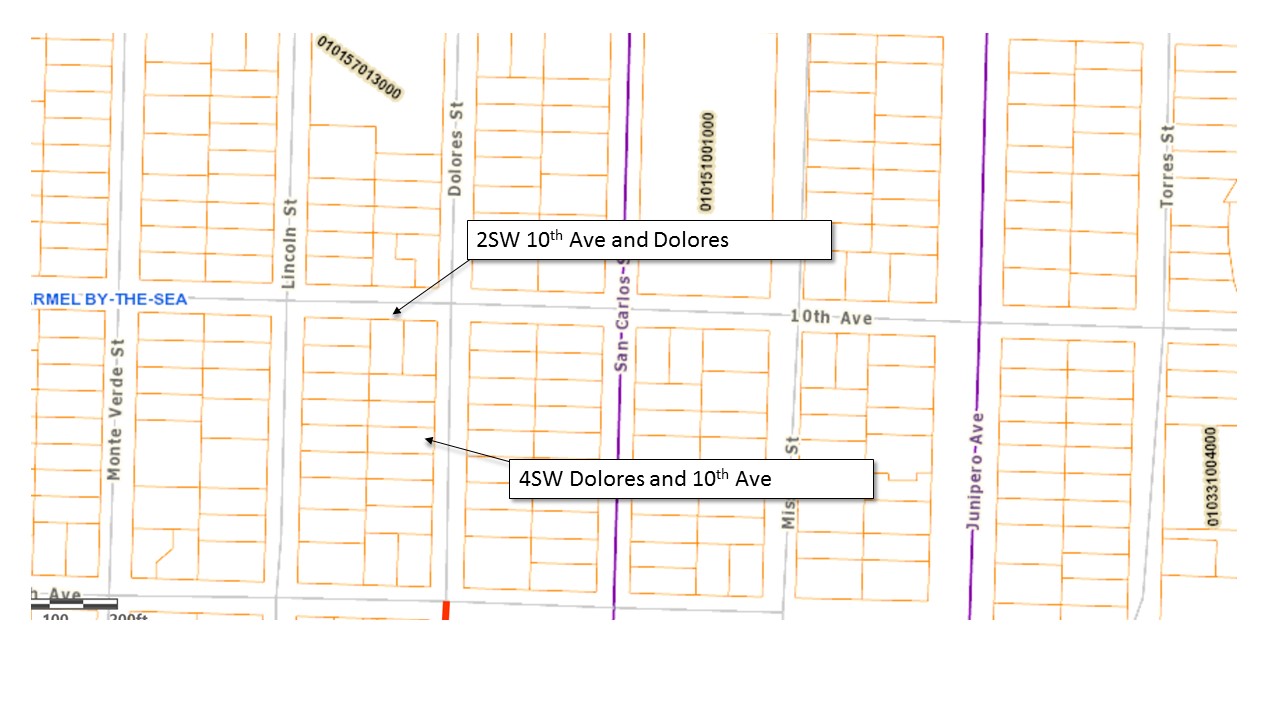 The house I am looking for is the second house. Ok, second house from what corner. Ah, the corner of 10th and Dolores. Ok, I know it is on 10th Ave because that is the first street in the address. So, I start walking on 10th Ave. But wait, which way. Well I can’t walk South on 7th Ave (it doesn’t run that way) so I will head west and count two houses. Ok, got it. But which side of the street? Oh, S, so south side of the street.

Corners are fairly straightforward. For example, the NE CNR Dolores and 10th is the home on the NE Corner of that intersection.

Can you get FedEx, UPS and other deliveries in Carmel? 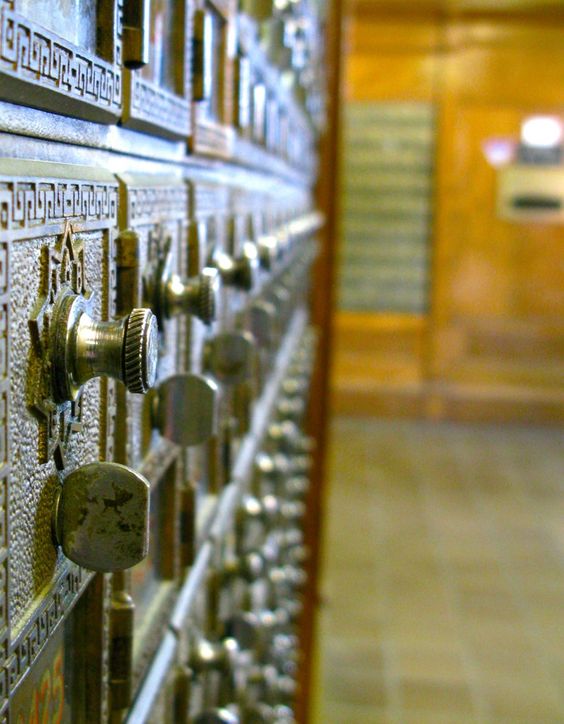 Yes, in fact, our UPS and FedEx drivers know more about the goings on in town than a typical gossip reporter. We once moved several blocks in Carmel. Two days after moving the UPS driver knocked on our door with a package. No one knew we had moved. I asked the driver how he knew. He replied, "I saw you packing stuff day before yesterday, figured a move was underway and recognized your car here yesterday. Can you sign here?"

What about US Mail?

Every home in Carmel is served by a post office box in the Carmel post office. Almost everyone in Carmel, businesses and residents alike, make a trek to the post office everyday or two to say hello to Sharon and the other folks behind the desk and pick up our mail. It is one of the social hubs where locals cross paths and catch up with each other. If you do require home deliver, the city government has a contract with a private provider who does deliver mail but most folks prefer the exercise and interaction of visiting the post office.

As you look at the current listings below, you will now be able to figure out where they are! And, keep in mind, the mapping software can't so even if a listing shows a property on a map and it isn't where you expect it to be based on the address, you are right and the map is wrong.